Even with the event being way smaller than in the Frankfurt years before, there was not enough time to see everything and talk to everybody. There were too many already familiar faces to talk to and get distracted by :-D

One of the many highlights were the three low-cost SLS machines by Swiss +Sintratec, Polish +Sinterit and Italian +Sharebot. All of them producing VERY promising prints already. Price points are too low across the board (except Sharebot probably) and might impact the startups‘ financial power for new and even more innovative research).

There were some really neat FDM printers on site like the new 50x50x50cm printer by +Omni3D. Those guys seems to have a mission – very nice! There were more smaller printers from Poland and Russia featuring surprising performance and features.

Only a few companies seem to have figured out by now how to reliably print highly complex models with solvable support materials like PVA and HIPS. Among those are Kühling&Kühling with their strong focus on accurately printed ABS parts (supported by HIPS). From most other vendors you still hear plenty of excuses why it won’t work, or that you should design for single head parts anyways (while the machines of course feature 2 heads). I know the pain! 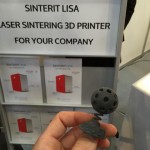 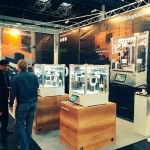 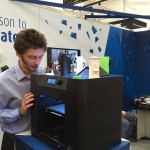 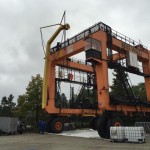 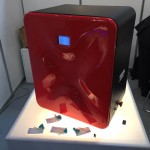 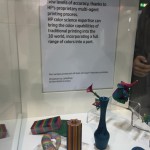 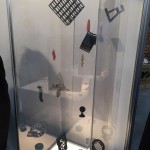 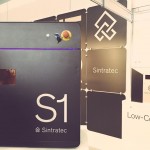 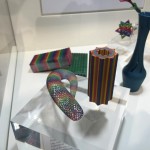 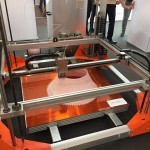 Looking at the material side of FDM:

A couple of vendors claim to have a better performing PET-G material than ColorFabb Filament’s own XT version. This needs to be validated of course! Among those are Austria based Extrudr, Netherland based Dutch Filaments B.V. and K&K again with their own blend (they really care strongly about highest-quality stuff for their own machines and customers). Other notable materials could be improved/modified versions of existing stuff, like PVA-M (said to be way more usable than usual PVA) by Dutch Filaments, or China based Polymaker’s PC (Polycarbonate), which is printable at just around 240°C (!) and features a Tg of above 110 °C (!!).

SLA/DLP space is enriched by the latest +Formlabs printer. Especially bigger build volumes and higher usability resin tanks will speed up adoption I guess. Also the live-streamed press event with food and drinks was very well done! Applause to Michael Sorkin and his Berlin based team.

Players like XYZprinting sadly continue to embarrass the technology with subpar sample quality in their cheap Einstein printer. You would think that they could do better… at least I am hoping that.

If it comes to ultra detailed prints for example for medical, jewelry or tabletop game applications there doesn’t seem to be a way around the heavy-weights like Envisiontec or DWS, except my good friend +Dr. Stephan Weiß/3DXS.de with their ASIGA machines. Proves another time, that it’s not just about the machine, but more about how you get trained on it and whether your reseller is on the forefront of material development (which is a big deal in SLA/DLP) or not.

+HP was only showing samples from their #Multifusion project. That’s way too tight-lipped for my taste ;-) Try better next year I would say.

One last bit popped up just before I left the event yesterday evening: FREAKING Netfabb GmbH got bought by Autodesk (which also made a strategic investment into FIT AG – former mother company of netfabb). I’m really feeling happy for my friend Alexander Oster , Carl Fruth and their team. Those guys are on steroids… can’t wait how this will play out in the near future. #instant_world_domination I assume for now.

So that’s it for now! I’m offline for a week. Hope everybody is doing fine as well :-)