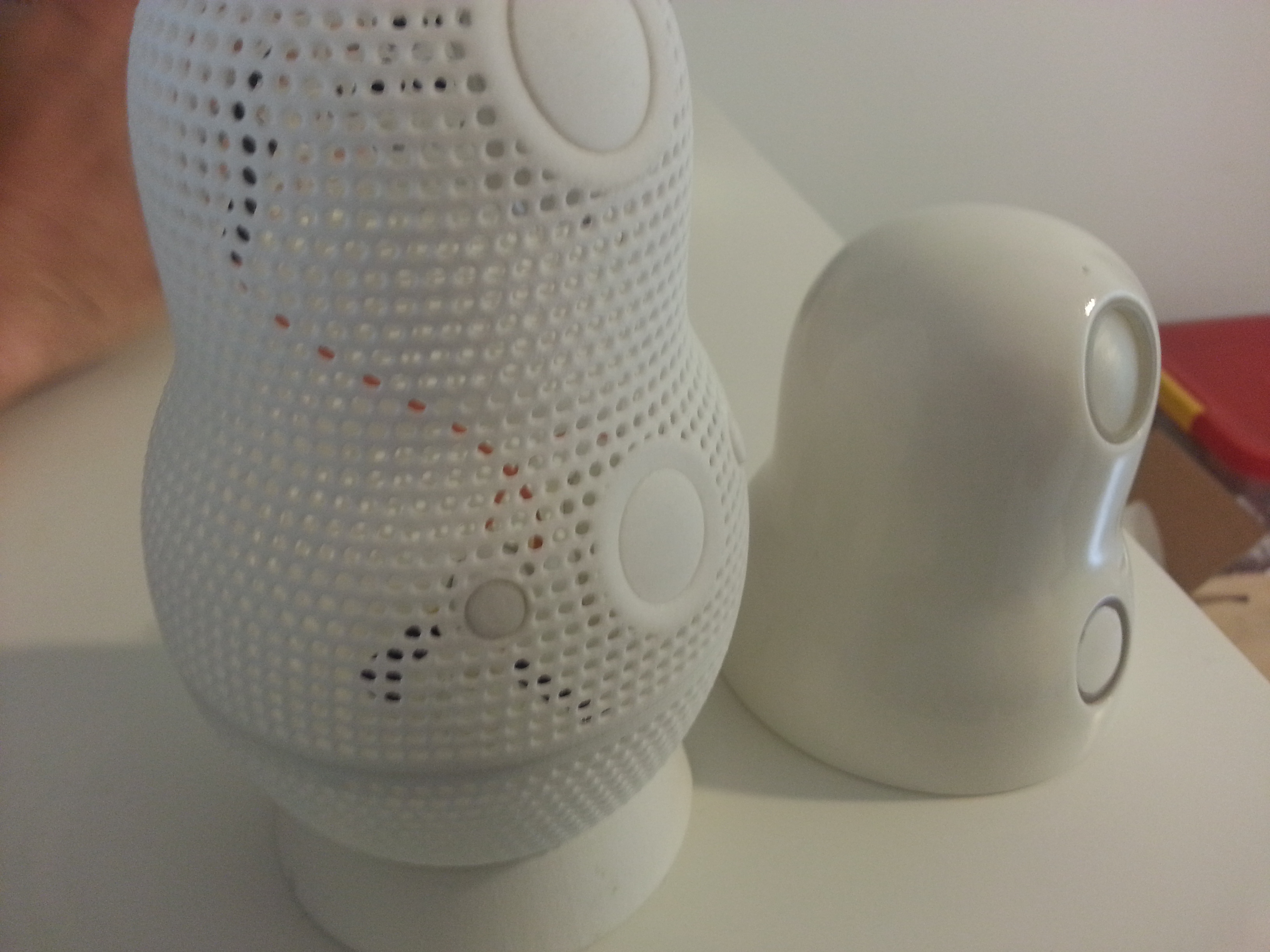 This is a Guestpost that will also be published on the blog of the 3dPrintingAssociation.

I’ve asked some friends from the 3D printing Community to give me Twitteresque (140 chars or longer) predictions for 3D printing in 2014 – here are the results.

(the photo up there is a mug, fortune telling from tea cup, neat eh?)

2014 will be the year where 3D printing really comes into the home. Not only will we see some major celebrities and popular people with a following get involved we will see it in a non-PBS TV show and common on news-reports… but not only about weapons. We will see 3D printing become a regular discussion on daytime shows as well, as celebrities go.. so do their followers. More than just positive coverage of the artform, we will see an explosion of 3D food printers as I believe the next phase 3D printing will be in the kitchen! It may still take a while for KitchenAid to pump out a hot-pink version of the BotBQ (http://botbq.org/services/3d-printed-food/) but I can see in my Kryptonite ball an actual restaurant that will open in 2014 that allows you to not only play with your food, but design it and then eat it, or have it delivered to your house!

Funny, because one day after he sent me his predictions the ChefJet was revealed at  CES, labeled as ‘an entirely new, kitchen-ready 3D printer category for edibles.’

One or more retail ready (Plug&Play) machines. Several SLS based machines, including metal ones. Some practical applications of 3DP that are not aerospace or medical and not just printing stuff at home.

In his defense, he’s busy rolling out the Makibox orders and didn’t have much time. (which we at 3dDinge.de greatly appreciate)

The obvious two for 2014 are further consolidation (acquisitions + some of the small new entry level 3dprinters  won’t survive) and more growth across the board (machine sales & services).

Beyond that I think the competition will heat up on the metals front, with more apps revealed.

I am with her on the consolidation, I think some Kickstarter companies will vanish (or be bought) –  we will also still see a LOT of Startups in the 3DP Sector, but mostly service-based imho.

By this time next year, plenty of us will have a 3D scanner in their smartphone (and I’m not talking about the 123D Catch app). It will be a common thing to have a variety of RTP (ready to print) 3D printers in every major retailer. SLA printer will be on the rise, but won’t (or: shouldn’t) hit the masses before there’s a non toxic alternative to todays resins. The RepRap movement will dig deep into SLS-flavoured designs (possibly with a BluePrinter inspired approach) and plenty of progress is made on the low-cost metal printing side (as seen recently).

One last comment about the Deltas: They will make use of next generation electronics and eliminate any performance limitations that might be in place today. There won’t be any noticeable quality loss compared to cartesian printers. In the prosumer league (let’s say € 5000 upwards) more and more high-end electronic components will be used instead  of community developed solutions and enable to scale the Delta build volumes far beyond of conventional 3D printer designs.

FDM in general will mainly prosper from broad material selection with plenty of composite filaments to come and more and more use-cases for indirect use of our beloved 3D prints (molds, wax-loss, etc.).

SO far the obvious/not so visionary stuff, now let’s get on with my wish list:

– Proper conductive filament will come to the stores and there will be something like a 3D EAGLE software ready to make use of it.

– Finally some slicer devs will take the challenge to introduce highly dynamic slicing (changing layer height depending on Z detail density), three dimensional infill patterns and implementation of on-the-fly filament measurements (when seeing things like this in retail machines: http://www.thingiverse.com/thing:89044)

– Main stream media will still credit the RepRap movement for coming up with all of this, instead of hyping some squallers for the overall success.

By this time next year, „auto-leveling“ (platform probing for coordinate transformation in firmware) is something that all desktop FDM machines will be expected to support, at least with an optional attachment (will have to be standard on non-cartesian systems). The quality loss with these vs. mechanically-trimmed cartesian printers will be noticeable, and we’ll probably see at least one implementation of automatic mechanical tramming.

I say „Yes Please“ to this one – because calibration is annoying.

There are quite a few folks tending along these lines, it seems.

Multi-function 3DPrinters with built-in Scanners / CNC’s / Lasers will fall from favour and fail to find a viable market.

Industrial and home/hobby/small business will see many more focused 3D printing devices for market specific applications; these will find their own niche markets with software and tools developed for their customers, the market will expand and find even-more interesting applications.

Fashion, Art and Sculpture will produce some stunning examples of 3D printing applications, fame and fortune will follow for a few.

3D printed electronics, materials and machines will be discussed, shown and further developed.

Delta and Polar printers will start to take a bigger share of the pro/small business market, and many more advances with these machines will emerge from the RepRap and Open-Source communities.

We will see a continued boom in a variety of 3D print materials for pro/business users; filament suppliers will need to innovate and expand to stay in business.
We may finally see the introduction of some water-soluble support materials for home users.

Kickstarter will continue to spawn 3D printers at an alarming rate. Less will be successful or have enough enhancements to justify investment.

More Laser-based SLS powder printers will start to appear for the small business and pro-home user, raising both quality and entry level cost.

Metal 3D printing will continue to focus the bigger players for professional machines. We will see many attempts but very little will change to make viable metal printing an option (at a lower price point) or for smaller businesses / pro users.

Battle by the bigger players for the consumer market, pop-culture and over-marketing / hype of what ‘home’ 3D printing technology can do/achieve for people will cause a lot more confusion and negative press and social media reactions.

Early-adopter ‘consumers’ will buy a few 3D printed objects, but will struggle to justify home machines (at almost any price point); Makers will continue to invest, design and refine this fantastic and vibrant industry.

Wow – ok Richard gave this a lot of thought and has many valuable points. Thanks Rich.

Thank you all for your predictions, i am really looking forward to see what will become reality and what stays fiction.

And thank you Rachel Park for proof-reading it :)